Farmers warn that mouse plague is considered to be worse than drought and some say mouse plague has the potential to cause more potential
damage than locust plague. 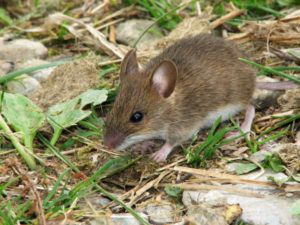 In this winter season, the mouse plague extends across south-eastern Australia with reportedly extensive crop damage which compels farmers to re-sow hundreds of hectares of crops in some parts of Australia to ensure the continual production of crops.mouse plague in australia

Last year alone, mouse plague has devoured hundreds of thousands of hectares of crops across Western Australia, Victoria and South Australia. The plague was deemed the worst mouse plague infestation since 1993.

The mouse is no ordinary pest to ignore and this winter season is a perfect time for mouse breeding. We as home owners need to be aware that mice and rats are no pests to ignore around our homes as they are able cause billions of dollar of damage in Perth homes every year.

Some brief facts on our ‘friendly’ mouse around the house:

Allpest’s technicians are professionals certified by the Health Deparment of Australia and we are able to offer you effective mouse control.

Call Allpest now at 9416 0223 now and take advantage of our discounted rodent treatment this winter.

Take advantage of our value offer for this month and save dollars for your households. For pest free environment all seasons, please call Allpest for a no obligation quote.

Keep the Creepy Crawly's at bay all Summer!

General pest treatments starting from $325 with a 3 month warranty!